I Am Doing My Best

I Am Doing My Best 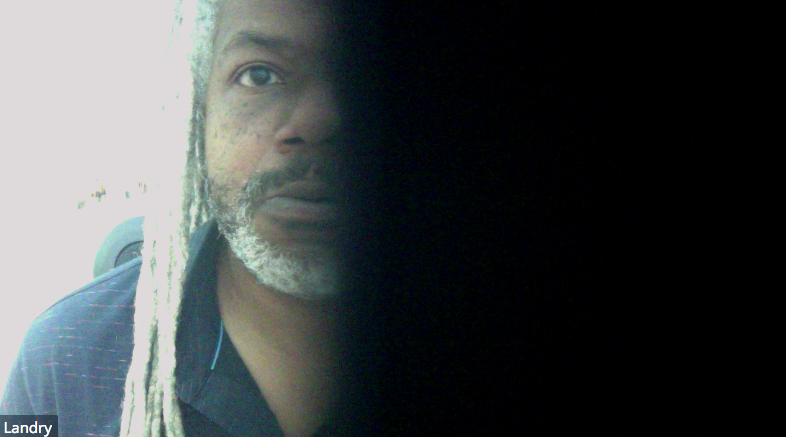 [A version of this essay was presented at Sunday Assembly Nashville in the spring of 2022.]

My name is Landry. I am a middle-aged, overweight, heterosexual, cisgender, Black guy from the South (USA) who is doing his best to make it in this world. Life is challenging and I don’t know about you, but the last two years have been quite the adventure for me.

When the pandemic started, I was in the process of reinventing myself through a career change. I’d quit my job of more than a decade and enrolled in a data analysis program in order to combine my new skills with existing ones and leverage my way into a more rewarding and better paying career so that some day, I could afford to retire and do whatever I want all day.

When I decided to reinvent myself, I did not know that I’d spend two years without a regular income. I did not know the stresses this would place on myself and my new bride (now ex). While I had an idea that some sort of pandemic would hit at some point there was no reason to believe it would be anytime soon.

I’m not gonna lie, it was terrifying at times and I wondered if I had made a big mistake. Looking back on all that however, I’d do it again if I had to.

Without going into a lot of detail, let’s just say that I’ve got issues. This should be no surprise as we all have things in life that we need to deal with. A big part of this reinvention of mine was to face those issues head on and (hopefully) make some progress.

The past two years have been a stress test of what I’ve learned in therapy, of my coping skills, my abilities to learn and adapt to new situations. I doubled down on therapy during this time: in addition to my regular therapist, I hired an EMDR specialist and worked with another specialist to re-evaluate and augment the effectiveness of my meds.

Aside: cognitive-behavioral therapy with an objective professional is one of the best investments you can make in your mental health. I’ve found that EMDR therapy is very helpful in processing trauma.

The pandemic was lonely and isolating. I’m a person who enjoys time alone and is known to occasionally disappear from public life but during the pandemic, I really missed my family and friends. I missed you all. I’m glad we could keep up online but as you know, it was not the same.

Shortly after the pandemic started, George Floyd was murdered. His last words were, “I can’t breathe.” As a Black person in the USA, I have come to expect this sort of thing. I was not shocked or surprised. I was sick, tired and pissed off that this sort of violence continues. As a person with asthma, I know what it’s like to literally not be able to breathe. Floyd’s words are sobering in many ways.

I was also pleasantly surprised to see the world stand up and take notice of Floyd’s murder. Protests and memorials were held in all 50 U.S. states and internationally. It was one of those rare moments of unity that reinforced my faith in humanity. Many of you attended those protests and I thank you for that. You will never see me at one of those events because I just don’t feel safe, so thanks for your support and representation.

My parents were involved in the civil rights movement. They marched, protested, sat-in, wrote letters, voted … all the things. When I came along, the future looked bright. We’d had Brown v. Board of Education and the 1964 Civil Rights Legislation. It looked like next up would be the Equal Rights Amendment, a commitment to alternative energy development and maybe even acceptance of the LGBTQ+ community. Despite the murders of the Kennedy brothers, Malcolm X, Dr. King, Medgar Evers and countless others, there was hope for the future.

Over the past 50 years however, we’ve seen the government double down on policies that hurt minorities and ignore climate change. In the name of personal freedom and individual liberty (ideas that I agree with), the USA has become bitter and mean spirited toward those at the bottom of the pyramid. If you’re just trying to survive in this country: keep a roof over your head and food in the kitchen, life is so difficult, so hard. Some of you have been there and know what I’m talking about. You know how important it is to have community. Life is hard. Don’t go it alone.

It’s the 21st century now, we’re living in the future. We’re living with a Pandemic, a war in Ukraine, The Patriarchy, White Supremacy and more. Some of these things will never go away. Some of these issues don’t even make sense: why does the party of small government and personal liberty insist on expanding the Nanny State into women’s personal lives?

Every day we have to keep pushing back. This rock must roll but it won’t roll itself. This truth weighs on me and drives me to keep reinventing myself, to continue working on my own issues and to encourage others to do the same. Life is more interesting when you make the most of it

I am here today, living and breathing, because people have cared about me: my family, my friends, the local and international Sunday Assembly communities. It’s partially because of you that I’m able to get out of bed in the morning and be a productive member of society. I want to say thanks and let you know that I do appreciate you, even when we’re not together.